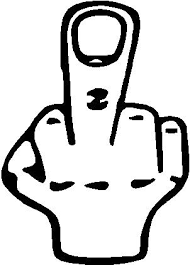 END_OF_DOCUMENT_TOKEN_TO_BE_REPLACED

To Liberals, Every Woman Looks Like A Hotel Maid Ann Coulter May 18, 2011

Being a fellow Italian, I'm appauled by your idiocy, Michael. You are truly a horrowful specimen of flesh surrounding a core of hate and disgust. What a loathsome, sorry and pathetic individual you are. Revisionist? You're more of a sensationalist. Why not simply proclaim Jesus as a pedofile to a Priest, you diseased sociopath? Shame on your parents for raising such a despicable creature. Hope you rot lying in the very hell on the very same bed on which you are making.

A study of ancient history (if the books are still available) points to the savage persecutions of the  Christians by the Romans
did not begin until Jewish influence was brought to bear on the Romans.
The Jew is not the descendant of Abraham but of the Pharisees when they realized that the coming of Jesus was not for the
restoration of Israel to its former grandeur, was the mob who shouted "Crucify Him!" To blame Pontius Pilate for his death is
too fraudulent an answer because the forming mobs had a choice between  a convicted killer and the innocent Jesus.   Mobs,
depending on what favorable or adverse conditions have been  imposed on them, can be swayed by suave orators to the deeds
of heroism or to acts of murder--- as was the case with Jesus when the Pharisees realized His Kingdom was not to be the
restoration of Israel.
It is an established fact which the Jews boast that they control the  greater part of the Media. The courts have become biased
where justice is concerned. When a  non-Jew tries to defend himself for any opposing opinion he is hounded by the attack of
anti-Semitism, racism and hatred---smear words  to neutralize the opposition, if such a campaign  does not work then what can
be more final than to take them to court and have them criminalized for expressing an opinion objectionable to them...
Yet for centuries they have vilified Christ, Christianity and non –Jews, peoples condoned in their books and writings as the goyim
who are animals made to look human....
No non-Jewish groups have ever made criminal charges against the public  vilifying of Jesus Christ by the Jews for centuries. In
modern times, no non-Jewish groups ever took Menacheim Begin to task, or court, when he said in a speech in the Knesset,
the Israeli Parliament:  "We are divine gods on this earth. We are different from the inferior races as they are from insects---
other races compare to us as human excrement."  ( Published in The New Statesman, June 25, 1982. )
Neither did any group speak out against Golda Meir, who was Israel's Prime Minister in 1989, when she said: "There is no such
thing as a Palestine people. It is not as if we came and threw them out and took their country. They did not exist." For more than
60 years they have been  wiping out the Palestinians whom she claimed did not exist. Is this denial of an ethnic group not an act
of racism and hate?
"It is the Jews who originated biblical exegesis (a critical analysis of the Bible), just as they were the first to criticize the
forms and doctrines of Christianity.  Truly has Darmesteter written: "The Jew was the apostle of unbelief, and every revolt
of mind originated with him." ( Bernard Lazare, Antisemitism: It's History and Causes--- Pages 149-151)  Britons Publishing
Co. London, 1967.
Truth and correct knowledge is the key to freedom-giving human dignity to all men.  Historians and  Revisionists, since the
recording of History, have searched and researched, important eras of times, to question, or to disprove certain facts and
recordings of history. To stifle freedom to think, question, or express thoughts, or to correct certain facts of Historical eras
is a serious and grave disservice to future generations who will decide the course of action in order to continue and preserve
the freedoms, the liberties, and unbiased moral justice, that are the natural rights to every human.
Considered one of the basic principles of the United Nations Charter is that of the dignity and equality inherent in all human
beings, making no need for the injustice of a "Hate  Crime Law" imposed by self-serving Jewish organizations ignoring the
borders of other countries by entering to foist their laws that violate all human rights and fundamental freedoms, to supersede
individual nations sovereignty. Yet this basic United Nations principle is completely ignored where Israel is "concerned," while
Israel has ignored every resolution admonishing its evil actions in Palestine and other Middle East nations which are forbidden
to have nuclear weapons for their defense against Israel who has one of the world's largest stock pile.
America's first president,  George Washington, warned:  To insure peace, be prepared for war.
Military preparedness for war is not an aggressive action,  but to be prepared in self-defense against outside aggression, or
internal riots; acts that Israel is committing in the Middle East against countries throwing stones and rockets against the use
of their weapons of mass destruction.
I am but one small, compassionate voice crying out from that vast sea of faceless millions who make up the world of "little"
people, they and I are the masses whom  an internationalist, socialistic power e`lite coolly as well as contemptuously conspires
to mold the world into their powerful collective will to rule the world.  I speak in vain, but the possibility of failure will not shake
my determination to cry out my lonely exhortation to the American, as well to all the people of the world:
"Awake,  lest your would-be bureaucratic slave-masters bind you in chains so strong you can never escape. Be
vigilant, for the cherished traditions  handed  down to the world by long lines of heroes and purchased by rivers
of blood are being stolen away."
We, the world, are in the twilight of political  liberty- do not mistake the gray skies for the approaching dawn of a happier, freer life,
rather than for what they  really are---silent heralds of a descending night of slavery.
__._,_.___
Reply to sender | Reply to group | Reply via web post | Start a New Topic
Messages in this topic (1)
Recent Activity:
Visit Your Group

[Attachment(s) from ReporterNotebook included below]
No more Western Civ?

Denial is a River Running Right Past Bibi's Door

Denial is a River Running Right Past Bibi's Door

You've heard the old joke that denial is a river in Egypt.  Well, in Bibi Netanyahu's case it's a river runnin' right past his door.  The NY Times reportsin a follow up to Obama's speech that Bibi was furious that Obama planned to underscore U.S. support for a return to 1967 borders (with land
…