PARIS (JTA) -- The Cannes Film Festival sanctioned director Lars von Trier for his expressions of sympathy for Hitler and Nazis.

The festival board of directors on Thursday declared von Trier "persona non grata" and removed him from the festival, but said his current film, "Melancholia," remains in competition.

Von Trier described himself as a Nazi who is not against Jews. He also called Israel "a pain in the ass" during a news conference Wednesday at the Cannes Film Festival to promote his film. He later apologized.

The board "firmly condemns these comments," said a statement issued by the festival Thursday. It "profoundly regrets that this forum has been used by Lars von Trier to express comments that are unacceptable, intolerable, and contrary to the ideals of humanity and generosity that preside over the very existence of the festival."

"I really wanted to be a Jew, and then I found out that I was really a Nazi because, you know, my family was German, which also gave me some pleasure," the director had said during the Wednesday news conference. "What can I say? I understand Hitler, but I think he did some wrong things, yes, absolutely. But I can see him sitting in his bunker in the end. He's not what you would call a good guy, but I understand much about him, and I sympathize with him a little bit. But come on, I'm not for the Second World War, and I'm not against Jews. I am very much for Jews. No, not too much, because Israel is a pain in the ass."

"Lars von Trier has no place at a Cannes Festival where some participants were sent to extermination camps by Hitler," the statement said.

The sanction "is a welcome action which declares to the world that the suffering of victims is not a fit subject for mockery or casual self-promotion," Elan Steinberg, vice president of the American Gathering of Holocaust Survivors and their Descendants, said in a statement. "The organizers of the Cannes film festival have eloquently taken a determined moral stand against cavalier expressions of hate and insensitivity to those brutalized by the Nazis: Jew and non-Jew."

Journalists and critics have called Von Trier's new film a triumph and said it is in the running for the Palme d'Or prize in Cannes for best picture. His politically charged comments could harm his film's chances.

There is a new comment to Review of John Glad's "Jewish Eugenics" .

The period marked by the evictions—1300 to 1650—also marks the period of the Renaissance which broke over Europe as the Jews departed. Starting at first in the trading cities of northern Italy in about 1300, there began a great rebirth of culture and learning which at first was based almost entirely on the writings of the ancient Greeks and Romans. Very quickly this renascent culture spread over Europe and when the age had ended, in about 1650, Europe was by comparison with her former status, enlightened and civilized. Quite obviously all this could not have taken place had it not been for a great upsurge of commercial activity which occurred simultaneously with, and as an adjunct of, the Renaissance. Not until the nations of Europe had wrested commercial control from the ghetto did this rebirth of western civilization occur.

An important BLOGGER needs help within 24 hours: Can you help him?

Mike, thanks for offering the fundraiser thing...........I had one hamburger left and served it to Olive tonight.
If I don't have at least $600 by Friday I lose our apt......Friday is also the last day for me to pay the interest ($300) on my things in pawn (TV, guitar and amp)
It's hard for me to find clients on foot since I have to take care of my wife Olive (84yrs. old) We're having a horrible month since we had to pay for her medicine the prescrption plan didn't cover: Linezolid....which is $3,033 for a 28-day supply; we had to pay the deductable on it which was close to $500 bucks. If I didn't get that medicine the doctor said Olive wouldn't have survived her awful sore on her back. Thank God she's doing fine now........
I sure hope someone would help us......we certainly deserve a little help.....if I don't get help by Friday, we're screwed.

This is us at the hospital before Olive was finally released.
I registered a domain name a while back specifically for Olive's pics, but have been so busy to upload to it yet....I'll be doing that this evening. you can check back at it here:
http://www.oliveharold.info

Strauss-Kahn: "Every morning, when I wake up, I wonder how I can be useful to Israel".

Strauss-Kahn is French. He's as French as Wolfowitz is American.
As most prominent world bankers, this guy is as ethnocentric as they come: "Every morning, when I wake up, I wonder how I can be useful to Israel." --Strauss-Kahn, 1991

In a recent post  entitled "How Jewish is Dominique Strauss-Kahn?", the Jewish Chronicle gives all the details: he's 100% casher.

In a 1979 book – Juifs et Français –, his wife Anne Sinclair (heiress of the rich Schwartz Rosenberg family), was quoted as saying : "I could never have married a non-Jew".

Her former husband was Yvan Levai, a Jew.

Strauss-Kahn has been honest enough to explain why he got into politics.
In 1991, he declared to the weekly Tribune Juive:

"Every morning, when I wake up, I wonder how I can be useful to Israel".
He developped this idea in an 1991 interview with a french magazine (Passages, n 35, feb-march 1991):
"I think that every Jew in the diaspora, and therefore in France, must provide assistance to Israel wherever he is. This is also the reason why it is important that Jews take political responsibility. In my functions and in my everyday life, through all of my actions, I try to bring a modest stone to the building  of Israel."*
Although the translation may not be very good english, the most important part is "THE reason": he could have said "one of the reasons", but he just said "the", and I guess that before the paper got printed, the proof was checked by Strauss-Kahn, the journalist and the chief editor.
Strauss-Kahn was about to become the next french president as many socialists think he still belongs to the left wing, and people on the right know he shares their economic views.

Of course, all the french jewish "intelligentsia" rushed to defend him from the accusation of rape.
So I'm quite surprised that this fervent jewish-sionist has been so much bashed in Murdoch's New York Post and Zuckerman's New York Daily News.

Re: Your good and informative newsletters.... 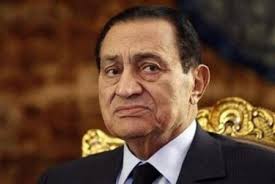 END_OF_DOCUMENT_TOKEN_TO_BE_REPLACED

JewishEncyclopedia: “Mental disease. Among the Jews the proportion of insane has been observed to be very large."

Jewish inbreeding and eugenics has had many negative side effects which are rarely discussed, the main one likely being the higher propensity of Jews which have mental disorders; even the venerable Jewish encyclopedia states this –http://www.jewishencyclopedia.com/view.jsp?artid=149&letter=I

"Mental disease. Among the Jews the proportion of insane has been observed to be very large. From statistics collected by Buschan he concludes that they are four to six times more liable to mental disease than are non-Jews. … A similar phenomenon has been observed in other countries. In the various provinces of Germany and also in Denmark the percentage of Jewish insane is very large, as is seen from the figures in the appended table: … In this table the proportion of Jewish, insane is in nearly all places very large, in some cases more than double that of the non-Jewish population."
…
"As is the case with all the physical, mental, and intellectual traits of the Jews, consanguineous marriages have been considered a cause of a great part of the insanity among them. The Jews, it is well known, are very neurotic, as is manifested by the frequency of various nervous affections among them (see Nervous Diseases); and the marriage of relatives who are affected by a neurotic taint has been positively proved to be detrimental to the succeeding generation."

"The Jews are more subject to diseases of the nervous system than the other races and peoples among which they dwell. Hysteria and neurasthenia appear to be most frequent. Some physicians of large experience among Jews have even gone so far as to state that most of them are neurasthenic and hysterical." –http://www.jewishencyclopedia.com/view.jsp?artid=193&letter=N