It is almost amusing to find out that some of the most clichéd Marxists around are so taken by the current Israeli popular protest, which they foolishly interpret as a manifestation of the 'Israeli revolutionary spirit'. They are convinced that now that the Israeli 'working class' are rising, peace will necessarily prevail.

Yet in fact, what we are really seeing unfold in Israel ( at least for the time being ) is the total opposite of a 'working class' re-awakening. Indeed, some in Israel  are calling it the 'Real Estate Protest,' because basically, those protesting want assets: they all wish to have property, a house of their own. They want to be landlords. They want the key, and they want it now. What we see in Tel Aviv has no similarity whatsoever to the struggles taking place in al-Tahrir or in Athens. At the most, the Israeli demonstrations mimic some manifestations of a struggle for justice or Socialist protest.

But that is where the similarities end.

Hello Giuseppe,
I wrote this message for the ReporterNotebook, but I don't know if it will be disseminated.
I thought about sending you a copy directly in case it is not published.
Best regards,
Manuel
==============================
Like many of their tribal brethren, Philip and Joel Levy are parasites that prey on the society they infest.
Over the years, these two crooks have scammed probably hundreds of millions of dollars from Medicaid.
http://www.nytimes.com/2011/08/02/nyregion/for-executives-at-group-homes-generous-pay-and-little-oversight.html?bl
Hardly a week goes by without news of some new large scale swindle or thievery that has been committed by members of their tribe.
The unreported crime, since it does not involve explosions, shooting and blood, is probably many times greater.
It is all in the blizzard of paper they are masters at generating. It takes grim determination on the part of a dedicated investigator to discover the scheme.
Often, the whole operation is plead away as "misunderstandings", "mistakes", "the accountant counseled me to"... etc.
Jail time is meted out to crushed any further, deeper investigation, like in the Bernie Madoff case.
While a large population, such as in the US, will support and suffer a number of petty criminals, swindlers and crooks, only members of the chosen have the audacity, total lack of scruples and Mephistophelean cranial capacity to escalate the crime to the grandiose level.
The average uncircumcised slob will make out with perhaps a few hundred thousand dollars. Even your John Dillingers and Willie Suttons of lore were content with measly hits that enabled them to splurge for few weeks of easy living at the time until brought down by the agents of the law. Typically, the ordinary crook will rake in much less, like the church bookkeeper who embezzles twenty grand from the poor box over the years.
Members of the chosen, however, think in terms of billions. Although few reach the rarefied stratum of a Bernie Madoff, many will make it into the tens and hundreds of millions range, as did the Levy brothers.
Meanwhile, nobody was watching the taxpayers money and nobody seems to be calling for J. Edgar Hoover.
Manuel Sotil

an odd event / From Israel Shamir

I had an eerie experience yesterday: as I've got off a train in Stockholm and walked a few hundred meters to the bus stop, I have felt a strange sensation as if a child was shooting a toy air gun or a toy water gun into the small of my back. I turned back with an indulgent good-tempered smile ready to see a kid having fun. But there was a darkish slim Moroccan Jewish looking young man in his twenties, with a small blue backpack like the one preferred by the Shabak plain-clothes men as they walk the Old City of Jerusalem. The young man immediately turned away and made an impression he is looking for an entrance in the building. I shrugged and continued another ten meters to the bus stop. On the bus stop, another dark-skinned man made me a sign to look at my back. I took off my thick outer shirt and saw that its back was covered with something looking like glue or whitish liquid soap spray.

The young man came into the bus stop, and I asked him why did he do it; he vehemently denied it and run away looking scared; the second dark man also left without waiting for the bus.

I really do not know what it was: a threat? Warning? Execution in the daylight by some deadly stuff from Ness Ziona biowarfare? Or just a strange prank?

Nobody even knew that I am due in Stockholm... Anyway i took the first flight to Moscow.

Bloodletting is a fixture of that annual auditory assault of amplified steel drums known as the Caribbean Carnival, aka the-celebration-formerly-known-as-Caribana. In 1996, gang member Elrick Christian was gunned down and three bystanders were injured, including a British visitor: Nurse Cicely Malcolm, left paralyzed by the gun play, was robbed as she lay bleeding in the street. During Caribana 2005, Dwayne Taylor was shot and killed before thousands of people 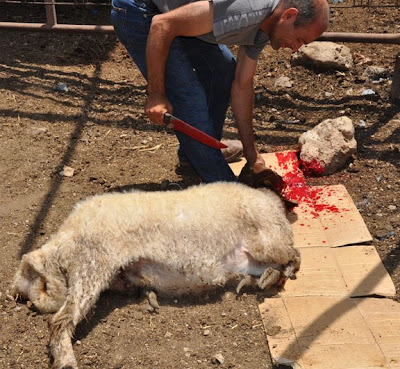 at Dundas Square -- one of three fatal shootings in a 12-hour period. In 2009, a visitor from Montreal was killed. On July 29 this year, Anthony Smalling was killed in a drive-by shooting in Etobicoke. Next day, a man who refused to drop his handgun after firing into the crowd was fatally shot by Toronto Police at the conclusion of the Caribbean Carnival parade. Crime scene photos show a street littered with what must be tons of food wrappers. "Two others, including a bystander, were injured in the incident. ... Despite starting three hours late, the parade had otherwise gone off without a hitch. [Well, that's some consolation]. An estimated 18,000 dancers [aka The Adoration of the Bouncing Cellulite] were joined by more than a dozen bands on the 3.5-kilometre parade route from the CNE grounds to Lake Shore Boulevard along the city's waterfront. 'This parade provides an opportunity to celebrate all things Caribbean,' Toronto Mayor Rob Ford said in a speech at the ribbon-cutting ceremony that launched the day's official events earlier Saturday. The day is a 'beautiful expression of Toronto's multiculturalism,' Ford said." (CTV, July 30, 2011)

There were further beautiful expressions of Toronto's multiculturalism that weekend: "Toronto Police are seeking advice from a Crown attorney to determine if any charges apply to two men who allegedly sacrificed a sheep in a North York park for good luck. Cops found the disturbing scene in Rowntree Mills Park  Friday, after tracing a car they believed was involved in a kidnapping. …  Police were called by a woman claiming she saw someone trying to escape from the trunk of a car. She managed to get the licence plate and officers later found the vehicle in the …  park. Officers found duct tape, binding twine and excrement inside the trunk. Moments after finding the car, two men came running towards the car and they were taken into custody, sources said. But they told officers that they had sacrificed a sheep, which they bought for about $150 from a farm near Hwy. 27 in York Region, and slaughtered it for good luck. Stunned officers found the sheep, the bloodied rock where the slaughter occurred and a ceramic bowl used in some sort of religious rite [Santeria, probably] to ensure good fortune, along with two bloodied knives and a meat cleaver. Police aren't sure the Criminal Code covers the killing of livestock in the same manner as it would a pet and are seeking advice from a Crown, sources said." (Toronto Sun, July 30, 2011) Good grief.
[This article appears in the August, 2011 issue of the CANADIAN IMMIGRATION HOTLINE. Published monthly, the CANADIAN IMMIGRATION HOTLINE is available by subscription for $30 per year. You can subscribe by sending a cheque or VISA number and expiry date to CANADIAN IMMIGRATION HOTLINE, P.O. Box 332, Rexdale, ON., M9W 5L3.]

(CNN) - California Gov. Jerry Brown said the United States is at a crossroads and faces a potentially "calamitous" election in 2012.

As demonstrated by the recent debate in Washington over the debt ceiling, the United States will decline if Democrats and Republicans are unable to compromise, Brown said in an interview broadcast Sunday on CNN's "State of the Union."

"I think the only way out of this is going to be a vigorous election, where people lay out the stark alternatives, not muffle it like politicians like to do," the Democratic governor said.

that will spoil "his" views.
Fresh from ravaging 1200+ acres of pristine natural beauty in Scotland to build his golf course, Donald Trump threatens to use all legal means to stop a marine wind farm project that has the support of the Scottish government and the EU.
The Don claims the wind farm will detract from the beauty of his golf course, even though the wind farm will sit out in the sea.
http://www.guardian.co.uk/world/2011/aug/05/donald-trump-legal-fight-windfarm

He has been called "the New York clown" by neighbors whose property the Don has already cordoned off with his project.
Manuel Sotil

By: Admin
Published: 02 August, 2011, 10:54
Protestors in Israel accuse foreign media of burying their heads in the sand over of the biggest anti-government protests the country has seen in decades. Tens of thousands of people are staging demonstrations over deteriorating living standards.

The events, however, are little known outside of Israel, because their story is not receiving the coverage which protests in Egypt and other Arab countries did.

"When it comes to Israel, a lot of the foreign media want to see an action movie. This [demonstration] hasn't been violent," May Flam, a protestor explained.

It is the largest demonstration in Israel in over a decade. And how did ABC, CBS and NBC cover it? Not at all! While the editors of France 24, BBC and Sky coughed up just a few meager seconds.

"Perhaps it is not that interesting to their editors back in the studios. OK, there is a protest, what exactly is a protest? A social protest? A revolution? It is not the same kind of story, as big and dramatic as some of the bigger revolutions happening around the Middle East," says Amir Mizroch, English editor for Yisrael Hayom daily.

Amir Mizroch is not surprised by the worldwide lack of media... Read More »
__._,_.___
Reply to sender | Reply to group | Reply via web post | Start a New Topic
Messages in this topic (1)
Recent Activity:
Visit Your Group