Israel's Occupation: Who Profits and Who Doesn't? - London School of Economics

Israel's Occupation:
Who Profits and Who Doesn't?

On 19 November 2009 the London School of Economics (LSE) hosted a seminar on "Israel's Occupation of Palestine: Who profits and who doesn't". It was organised by the LSE Student Union and featured two activists from Israel talking about the the Israeli Occupation, its corporate supporters, and its effect on Palestinians in the West Bank and Gaza. The event was chaired by Daniel Machover, the chairperson of 'Lawyers for Palestinian Human Rights'. 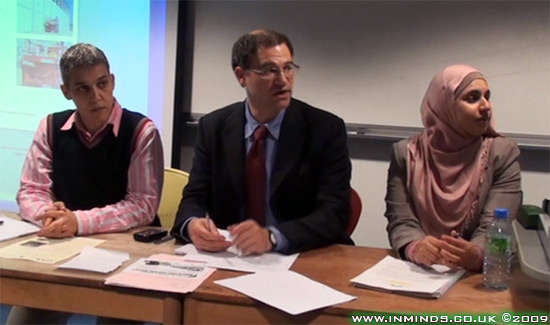 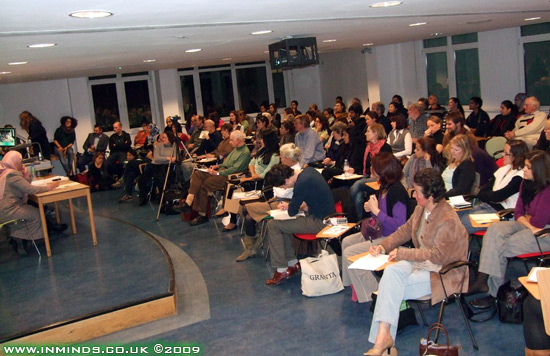 The Seminar was in three parts

The first speaker, Salwa Alenat - a Palestinian with Israeli citizenship, reported on the abuse of Palestinian workers in the Israeli settlements in the West Bank. Her presentation included the showing of 'Bitter Dates' a short documentary exposing the dangerous working conditions and abuse of Palestinian workers in Jordan Valley settlements date farms. Workers are forced to work with pesticides without even rudimentary protection, and are left hanging on Palm trees for hours on end. Salwa interviewed the workers, one had fallen off the tree when the support collapsed resulting in broken bones, another worker landed on his face resulting in broken teeth. He was sacked and left to pay $6000 medical costs by himself. 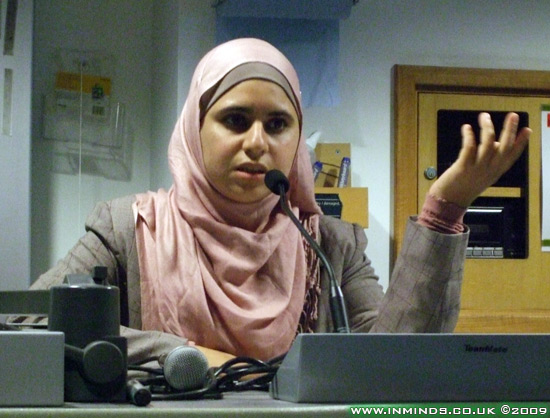 2: Who profits from the occupation?

The second speaker, Dr Dalit Baum was from 'The Coalition of Women for Peace' which runs the research project 'Who Profits from the Occupation' which exposes the companies profiting from the Israeli occupation of the West Bank and Gaza. The project website www.whoprofits.org contains a database of nearly 400 companies that support the occupation. Whilst the focus is only on those companies supporting the 1967 occupation, it is never the less an excellent resource and a highly commendable achievement. Dr Dalit Baum explained that Whoprofits works with many international campaigns for BDS, feeding them with the vital information needed to expose the culprit companies, resulting is some spectacular successes. These include the Belgian bank Dexia which they exposed as funding settlement projects in the West Bank. Following the revelation, a sustained grass roots campaign in Belgium resulted in Dexia announcing it will no longer finance Israeli settlements in the occupied Palestinian territories. 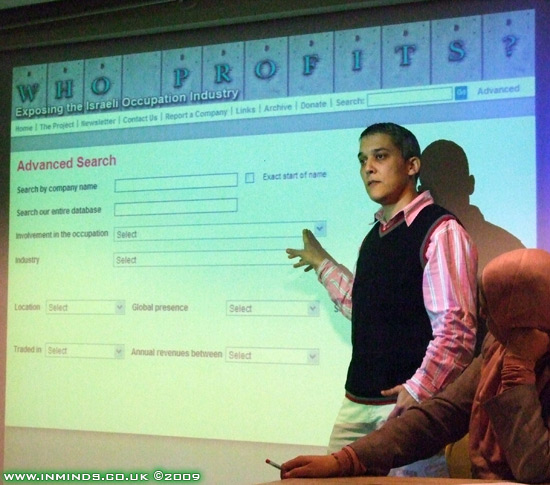 In order to reduce its dependence on Palestinian labour, Israel has over the years increased its use of migrant workers from all over the world including the Thailand, Philippines, China, India, Nepal and Sri Lanka. About 30,000 of them work on Israeli farms, others in construction, as cleaners and caregivers. These workers have few rights and are systematically abused. Whilst this was beyond the scope of the seminar which focused on the abuse of Palestinians, Kav LaOved's web site (www.kavlaoved.org.il) catalogs some of these abuses.

Thai farm workers are payed below minimum wage and forced to work extra hours without any pay, and what pay they do get is withheld for months at a time. They are allowed only one day off per month, with no paid vacation, and their passports are withheld by their employers. Some 20,000 Chinese are employed in the construction industry, Israeli employers in order to save money expect the workers to live at the construction sites where they work, in the first storey of the building in which they are constructing the second! Filthy places with no hot water and everything open. Then there was the recent case (July 14, 2009) of an Indian caregiver. Among her catalog of abuses, she was not even supplied with enough food to eat which resulted in drastic weight loss, and she was deprived of sleep for long periods of time. Her salary was very low and frequently late and she was forced to clean the employers son's apartment without pay. When she tended her notice to quit her job the Israeli Court, without even seeing her, issued a court order forcing her to continue working for the Israeli employer.

In the question - answer session following the two talks Dr Baum explained that because of political considerations due to their location (in Israel) Whoprofits project is limited in that they only investigate corporate involvement in the occupation of 1967. However she made it clear that she personally did not believe that you can separate the occupation from Israel and that their research proved this because "the entire Israeli economy is complicit" in the occupation.

With regards to boycotts of Israel, Dr Baum explained "all actions in this case are good, of course we want to reach wide academic boycotts and cultural boycotts.. everything we can do because the situation is dire, presently on the ground in the Israeli public opinion level there is no motivation to change. So we need to change it from within but we need the outside pressure in order to have some traction."

Salwa Alenat raised the issue of migrant workers in Israel and their abuse - see box. She did not see change coming from the Israeli state with regards to the abuse of workers and whilst Israeli public opinion towards migrant workers has helped win small concessions like the freezing of the expulsion of children of migrant workers who are born in Israel, with regards to Palestinians she was not at all optimistic that the Israeli public would care enough for Palestinian human rights to exert any pressure on the state.

So both Israeli citizens, Jew and Arab, point to the same conclusion that Israel is incapable of change. It is only through sustained pressure from outside, ie a strong BDS campaign, that we can ever hope to see any change, so the ball is clearly in our court.. 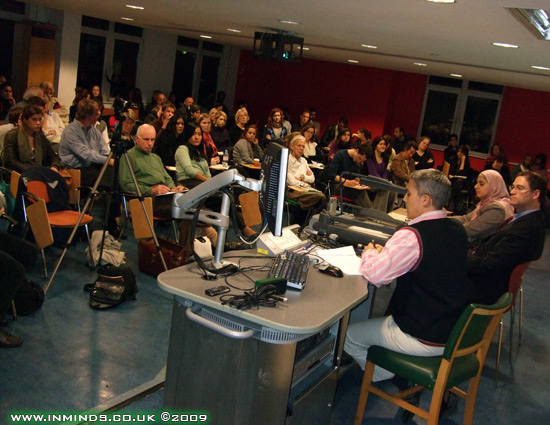